NCC provided the fast, secure transactions and ease of use required for reliable, efficient service.

Reflection POS was an integral part of the solution used in more than 400 terminals located across 80 retail outlets, including megastores at Olympic Park and Copacabana Beach. NCC was the exclusive POS software provider to outlets that sold official Rio 2016 Olympic apparel and merchandise in Rio.

Reflection POS’s customizable, easy-to-use interface made training simple for thousands of temporary retail staff. Its speed and reliability helped to keep long lines moving as crowds from among the more than 5 million ticketholders and 10,000 athletes visited the stores for souvenirs. Because Reflection POS enables terminals to share data with each other and to operate offline, there is no single point of failure or data loss, which resulted in virtually no downtime. In addition, the terminals sent sales, labor, and inventory data to an above store cloud to enable managers to access vital, real-time data from any location via an Internet connection.

The Bleep-NCC solution has also been used at other premier events such as the Glasgow Commonwealth Games, PanAm Games, British Open, 2016 France Euro’s Football, 2015 and 2016 Roskilde Music Festival, and Wimbledon Tennis as well as in a variety of shops, bars, nightclubs, and restaurants of all sizes around the world.

Since 1986, NCC has been delivering comprehensive software solutions to businesses in the hospitality and retail industries. Our software engineers combine years of experience in software development with a strong understanding of restaurant and retail operations to create products designed to work in a wide variety of environments.  Through a worldwide network of reseller partners, NCC has installed over 50,000 POS systems in more than 35 countries.  For more information, visit www.nccusa.com. 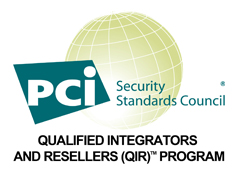